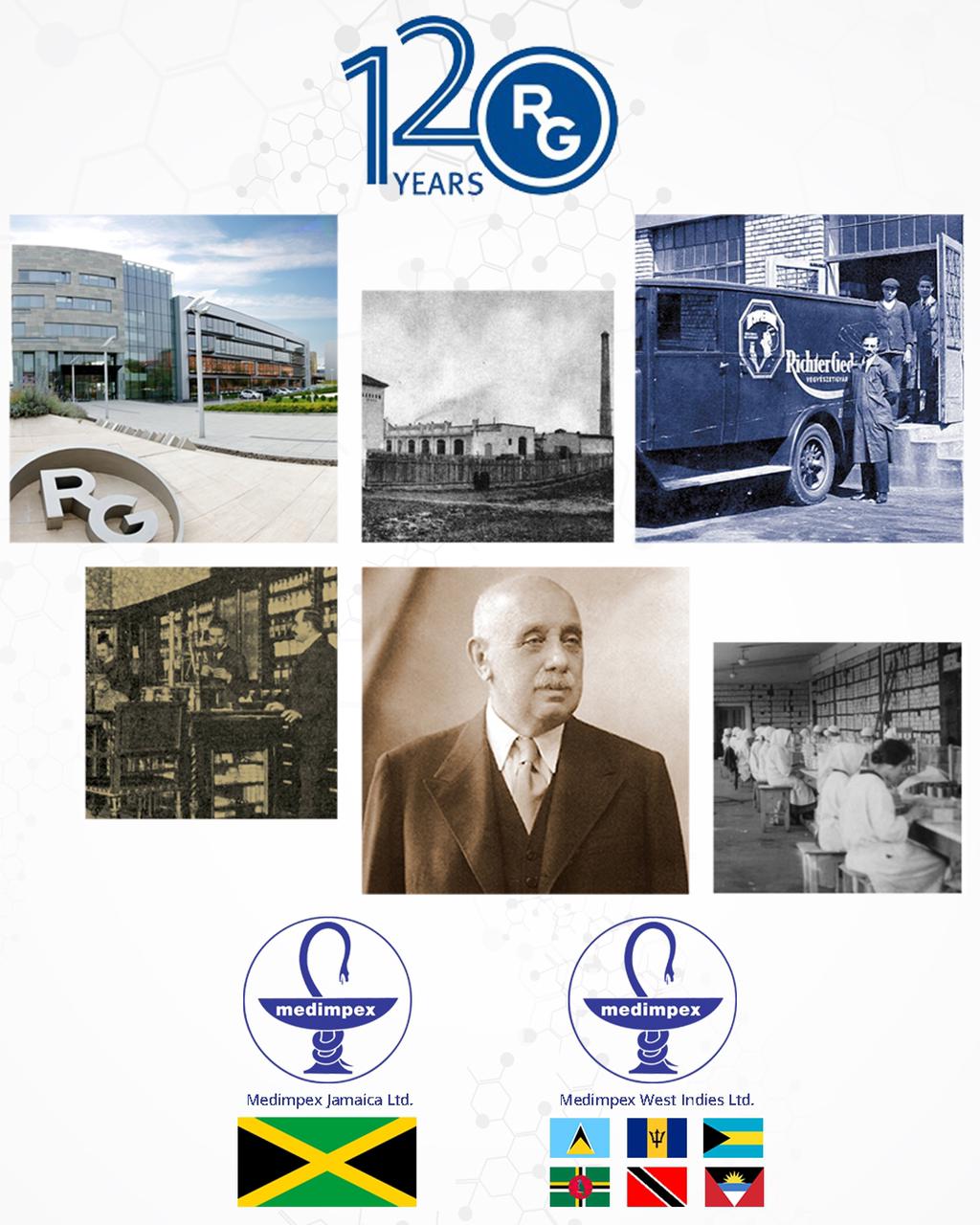 We are happy to embrace the year 2021 in celebration of the 120th anniversary of our parent company – Gedeon Richter, which today is one of the leading pharmaceutical companies in the world.

Gedeon Richter was born on the 23rd of September 1872 in ‘Ecséd’, Hungary. He worked as a trainee pharmacist in ‘Gyöngyös’, and five years later, in 1895, Richter graduated from the University of Budapest with a degree in pharmacology.

In 1901, he purchased the ‘Sas’ (Eagle) Pharmacy at the corner of Üllői út (road) in Budapest, marking the humble beginnings of what is now a worldwide company. It was in the pharmacy’s laboratory where Richter not only established his company, but also laid the foundation for the entire Hungarian pharmaceutical industry.

Gedeon Richter, named after its founder is one of the largest Hungarian companies of medicine and it is also an important part of the sector in Central Eastern Europe. Its products are sold in markets all over the world, such as in the Commonwealth of Independent States (CIS) countries, the European Union (EU), Japan, China and the United States of America (USA). The company is present in more than 38 countries with five manufacturing facilities, 29 representative offices, and 38 sales subsidiaries and wholesale companies.

It is important to note, Gedeon Richter product line spans over 200 medicines which offer treatment in almost every therapeutic area.  The company also focuses on research and making products for three major areas: gynaecology, cardiology and the central nervous system. The emergency contraceptives manufactured by the company are available in more than 100 countries (including Jamaica, Trinidad & Tobago, Barbados, Antigua and Bahamas).

Medimpex and the Annual week of welcome (WOW) at UTech
October 14, 2022

Medimpex at the official opening of Kingston Logistics Park
August 4, 2022